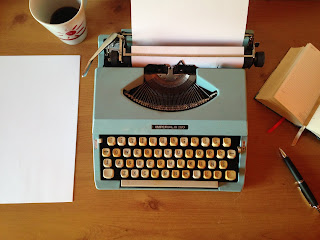 They say writers need them or should use them. I’ve been using various forms of writing software since 2007. Before that I used MS Word. Wrote three novels and sold 50 short stories with just the word processor.

Times change. Now I use Scrivener and pretty much nothing else. Tho, I am old version. My old MacAir can’t handle more then 2 GB memory. Can’t upgrade. Stingy Apple. I still use it for writing. But, I am growing tired of old version of Scrivener and I have been looking around for other stuff.

I’ll post my fav, a little later. First let’s look at some software.

The software I’ll list is stuff I have used or purchased. No links. Sorry. If interested just highlight the software and right click search for… Works a charm. I could be like those Internet blogs that have affiliate links everywhere, but that’s not me.

First off (in no apparent order–just as I recall them):

yWriter — this was great writing software for the time. Made by a legacy published writer. Made for himself. He found it useful and offered it free on his site.A lot of writers used it. Not sure if it is still around. I still have version 5 on my computer. Not installed. It was great. It broke all chapters into scenes. And one would write their book, scene by scene.

Power Wtiter: This was expensive in 2006 $149 USD. But it looked brilliant. I wrote a could of novels on this software and I liked it a lot. I don’t remember too much about it tho. I do recall selling it three years later.

Zoho docs. Very nice word processor software, but that’s all it is. I liked it as it was online and I can access it from any machine. This is a big issue for me as I write on two machines, Mac and Win10.

oStorywriter — wouldn’t load. And when it did, the UI was not as friendly as I would have thought.

Darkwriter — Distraction free writing. Everything is blacked out but the writing space. It’s pretty decent and as long as you have headphones on, it is honestly distraction free. You don’t even realize your laptop battery is dying.

Pages — (Mac). A friend of mine writers all her novels on this word processor. I have only written short stories on it. Pages is nicer to write on than most processors. I don’t know why. It just feels good to use.

Bean — (Mac) a discontinued word processor. I loved it until I discovered Pages.

Scrivener — This is perhaps the most popular piece of writing software out there today. Originally, only for Mac the creators released a Windows version. I have only ever used the Mac. I’ve written two novels on this and several short stories.

Hemingway Writer: I used the free version and loved it. So, I paid $10 and got the full version plus a lifetime of updates. This software tells you if your sentence is too long, passive, has adverbs, or is difficult to read. It’s pretty decent software, especially for ten bucks.

Manuskript — is a great piece of software.

Celtx — I didn’t really like this way back in the day.

Now, there are a host of free software out there and one such site that lists most is: https://alternativeto.net/software/bibisco/

It is a brilliant site.

My fav is Scrivener. But I’m looking for cloud based solutions, so I can write anywhere on Laptop, Macbook, smart phone, etc.

But recently, I have discovered cloud writing. Google has this with a word processor. But it is only that and as I writer I like things to look writerly.

I have discovered: True Novelist. Very basic if going by the website. I think it is free.

The Quill, looks better. They are currently free as they work out a pay system: https://thequill.app/

Wordcradle is the best so far, but free freaks me out. http://www.wordcradle.com/

I’ll let you know which one I’ll use.

What do you write with?